What It’s Like to Live in a City Without Water 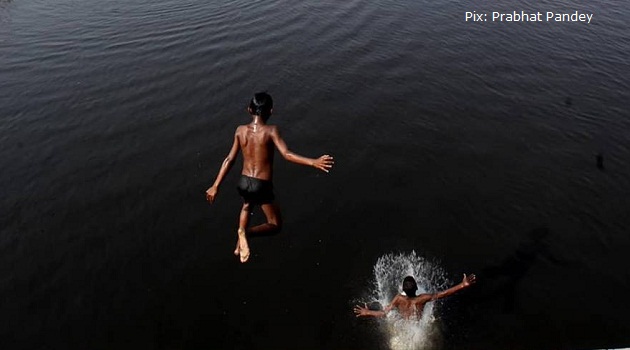 Cape Town’s water crisis, which saw the drought-hit city come within 90 days of turning off the taps early 2018, highlights the threats to South Africa which should serve as a warning to vulnerable cities worldwide including India.

With the city in the grips of a record drought, Cape Town authorities in January had told residents that their supplies could be cut in April as dam levels dwindled dangerously below 30 per cent.

The time to save water is when there is water to save!

Authorities say that risk has receded after a recovery in rainfall and severe restrictions on water use. But Cape Town is not yet out of the woods.

The dams in and around Cape Town form part of the Western Cape Water Supply System, which is an integrated and collectively managed system of dams, pump stations, pipelines, and tunnels.

In addition to servicing Cape Town, the system supplies water to towns in the Overberg, Boland, West Coast and Swartland areas, and provides irrigation water for agriculture.

India is suffering from the worst water crisis in its history

Analysts say New Delhi and Hyderabad in India, Beijing, among other Chinese cities, Jakarta, Singapore and Sydney in the Asia-Pacific region, Brussels and Rome in Europe, along with San Francisco and the Manhattan area in the US face relatively high water risks.

By the way, does  your family save every drop of water for re-use? It should because five out of 20 world’s most water-stressed cities are in India.

India is suffering from the worst water crisis in its history and millions of lives and livelihoods are under threat. Currently, 600 million Indians face high to extreme water stress and about two lakh people die every year due to inadequate access to safe water.

The crisis is only going to get worse. By 2030, the country’s water demand is projected to be twice the available supply, implying severe water scarcity for hundreds of millions of people.

The Indian government think tank Niti Ayog’s report already says, there is an imminent need to deepen our understanding of our water resources and usage and put in place interventions that make our water use efficient and sustainable.

Critical groundwater resources – which account for 40 per cent of our water supply – are being depleted at unsustainable rates. Droughts are becoming more frequent, creating severe problems for India’s rain-dependent farmers.

The worst scenario arises when when water is available – under such circumstances the water is likely to be contaminated (up to 70 per cent of our water supply), resulting in nearly 200,000 deaths each year.

To top it all, interstate disagreements in India are on the rise, with seven major disputes currently raging, pointing to the fact that limited frameworks and institutions are in place for national water governance.