A video of an Indian fighter pilot’s custody in Pakistan going viral, may change the game in India and Pakistan where sentiments ran high until now in favour of war following a terror strike in Kashmir that killed 40 soldiers.

On February 14, a suicide-bomber targeted a convoy of security personnel killing 40 soldiers of Central Reserve Police Force travelling in a bus. Many others were injured in the incident as the ill-fated bus drove along 70 other vehicles carrying security personnel from Jammu to Srinagar. 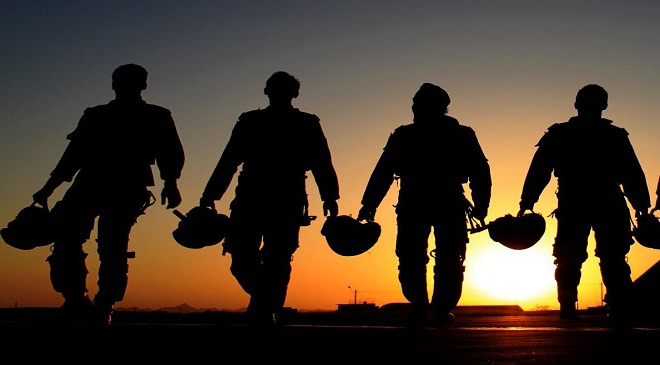 The bomber, alleged to be a Kashmiri youth, carried out the attack at the instructions of Pakistan-based terror group Jaish-e-Mohammad (JeM), by ramming his explosive-laden van into the bus.

Prime Minister Narendra Modi immediately condemned the attack, saying ‘the sacrifices of our brave security personnel shall not go in vain. The entire nation stands shoulder to shoulder with the families of the brave martyrs. May the injured recover quickly.’

Later in the day, a press release from the Ministry of External Affairs said, “We demand that Pakistan stop supporting terrorists and terror groups operating from their territory and dismantle the infrastructure operated by terrorist outfits to launch attacks in other countries.” 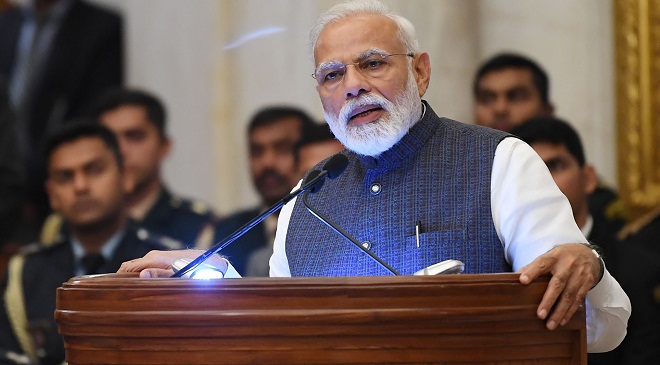 Next day, Modi said perpetrators of Pulwama terror attack act will be punished. He warned the perpetrators and those aiding and abetting terrorists that they have made a big mistake and will have to pay a heavy price.

Stating that free hand had been given to the security forces to act, the prime minister dared Pakistan not to live in illusion that it can destabilize India.

“I know there is deep anger, your blood boils looking at what has happened. At this moment, there are expectations and the feelings of a strong response which is quite natural,” Modi said in a speech.

Since this attack was the deadliest single assault on Indian security personnel, tension was visible on Modi’s face as pressure mounted on the Indian government to take immediate action against the terror group behind the Pulwama incident.

It is no secret that Pakistan harbours terrorists. Even the face of international terror, Osama bin Laden, was found to be living in Pakistan. The most wanted man in India, gangster Dawood Ibrahim, is also believed to be hiding in Pakistan.

The security forces meanwhile conducted successful operations against terrorists in Kashmir, in which some more Indian soldiers were martyred. And since the Indian Government had said it gave the military a free hand to tackle cross-border terrorism, Indians expected a strike inside Pakistan anytime, as part of a strong response, more so when Modi said, “130 crore Indians will give a befitting reply to any such act or attack.”

Further on February 24, the prime minister reminded the nation during his radio programme that ‘people across the country are agonized and enraged’ following the Pulwama attack. “All around, there is a deluge of strong feelings of sympathy for the martyrs and their family members,” he said.

Two days later, India struck the biggest training camp of JeM in Balakot inside Pakistan-occupied Kashmir, in an intelligence led operation in the early hours of February 26. “In this operation,” said India’s Foreign Secretary, “a very large number of JeM terrorists, trainers, senior commanders and groups of jihadis who were being trained for fidayeen action were eliminated.” 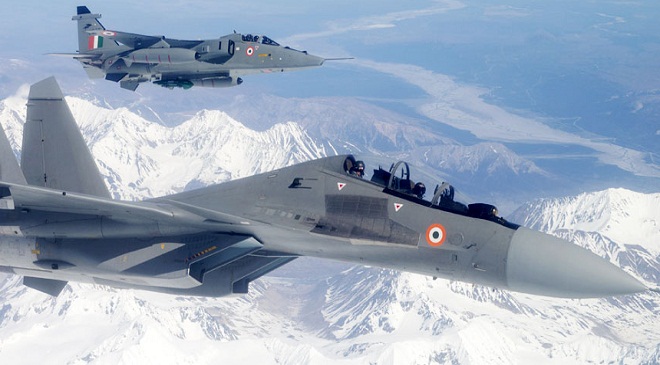 Without taking any questions, he told the invited press that this “non-military preemptive action was specifically targeted at the JeM camp” and that the target strike was “conditioned by our desire to avoid civilian casualties.”

However, a day after this counter-terrorism action, photographs and videos of an Indian Air Force officer Wing Commander Abhinandan Varthaman started going viral wherein he was shown being attacked by a mob in Pakistan, apparently after he ejected out of his downed plane only to land in an area controlled by Pakistan.

Wing Commander Abhinandan was also shown in the custody of Pakistan’s army which images and conversations have become a sensation, making him a hero, back in India.

Reacting to this development, the spokesperson of the External Affairs Ministry said, Pakistan had responded on February 27 morning by using its Air Force to target military installations on the Indian side. “Due to our high state of readiness and alertness, Pakistan’s attempts were foiled successfully.”

Detailing the aerial engagement, he said, one Pakistan Air Force fighter aircraft was shot down by a MiG 21 Bison of the Indian Air Force, while India lost one MiG 21 whose pilot is missing in action. The spokesperson added that Pakistan had claimed that the missing pilot was in their custody.

This capture of the Indian officer and his images and videos circulating across the border, has fast emerged as the human face of the dangerous flare-up between India and Pakistan where people now seem determined to bury decades of hostility by exchanging messages of peace and love. Wing Commander Abhinandan’s images and videos are supposed to tell you what you need to do next.