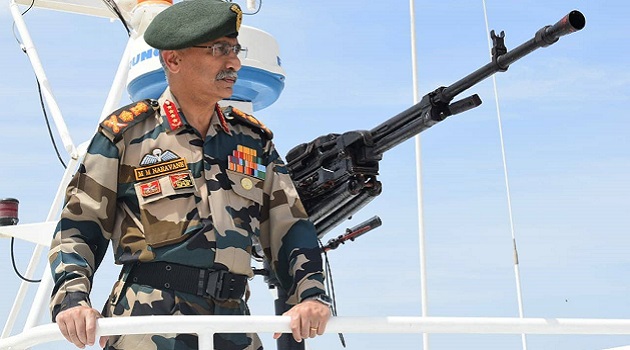 There are high stakes as military tensions are mounting on the India-China border. Throughout May, reports of Chinese incursions into India have raised tensions between the nuclear-armed neighbours.

Amidst this, Defence Minister Rajnath Singh has asserted that it’s not the India of 1962 which could be arm-twisted by China. He said talks are being held with China at military and diplomatic levels to resolve the latest stand-off.

Indo-China standoff is gaining a serious turn with US President Donald Trump’s offer on May 27, 2020 for mediation between the two countries to resolve a sudden crisis.

India shrugged off the offer saying that it is already engaged with the Chinese to peacefully resolve the issue.

Both sides do not want any ‘third party’ interference. India reiterated that its troops are managing the border responsibly in consonance with required protocols.

On May 5, 2020, skirmish occurred in Pangong Tso Lake. Similar standoff had taken place in August 2017.

This time India was quick to accuse Chinese troops of hindering Indian patrols along the Line of Actual Control (LAC).

About 742 kilometres in the eastern sector of the total Indo-China 4056 kilometres border are designated as LAC.

The region is also known as Aksai Chin. Along the entire Indo-China border there are reportedly 20 different locations where disputes exist, making LAC a live wire.

The recent crisis is brewing-up since May 5 when the soldiers on both sides entered into fistfight leading to injury of 7 Chinese and 4 India soldiers, as reported.

It escalated to North Sikkim on May 9 reportedly injuring 100 soldiers. Soldiers on both sides entered into bout on May 10 and 11 once again.

Over 100 tents on Chinese side and nearly 60 on India side have sprung-up as claimed in reports.

According to media reports, at least 10,000 PLA soldiers are now camping on what India says is its territory—Pangon Tso Lake, Galwan Valley and Demchok in Ladakh, and Nathu la in Sikkim.

This time the stand-off is being anticipated to escalate as Chinese trucks have moved equipment inside the Indian side of LAC.

Some Indo-China analysts anticipate that if the escalation continues, it may lead to ‘all out combat’.

India’s opposition to China’s Belt and Road Initiative (BRI) has been an irritant to China, which has been pressing India to accede to it.

Stand-off that has erupted is a well-planned outcome of Chinese geopolitical imaginations about South Asia in particular and Asia in general.

It has posed serious geo-strategic challenge to India. The escalation has potentials to jeopardise life of nearly 2.7 billion people, a third of global population.

First, the recent spate of tension may be on account of India’s on-going infrastructure activities along the LAC.

The 73-day Doklam stand-off was to oppose Chinese construction on the tri-junction of India, China and Bhutan.

China may have been avenging India’s opposition to the Chinese construction.

Secondly, India restructured the erstwhile State of Jammu & Kashmir into two Union Territories through an Act of Parliament in August 2019.

This was vehemently opposed by Pakistan as it is believed to be a gamechanger for Pakistan’s internal political dynamics and pre-empted Pakistan-sponsored terrorism in Kashmir.

Pakistan since then has engaged through its ‘deep state’ and ‘non-state actors’ to escalate unrest in the Kashmir valley as part of its multi-pronged strategy to wean away the loyalty of Muslims in the valley.

China being all-weather friend of Pakistan may have thought to make hay while the Sun shines.

Pakistan at this juncture wants to bleed India through thousand cuts, which China has understood well.

Thirdly, Nepal had objected to India’s on-going road construction from Pithoragarh to Lipu Lekh on the trijunction of India, China and Nepal, to facilitate commutation by vehicle for pilgrims to Mansarovar.

The pro-Chinese left political dispensation of Nepal has provided another leverage to China to be offensive towards India, and avenge Doklam.

Fourthly, China’s reputation has taken a huge hit as it is being castigated by international community for being the country of origin of COVID-19 virus and hiding the information that it should have shared with the West.

China is also being accused of waging a biological warfare. Its role in the spread of pandemic, in connivance with WHO, is under the scanner.

Many countries of the world have stopped purchasing masks and testing kit from China. Many others like Britain, are increasingly contemplating protectionism.

Other Western countries are trying to shift their production units to some other countries.

China may have been anticipating economic backlash on account of severity of reaction by the West.

Under such circumstances, China was expecting that India will stand by it on different multilateral forums.

India on the other hand has urged G-20 to push for reforms at WHO and global multilateral architecture.

Consequently, China may have been resorting to pressure tactics on India by trying to suffocate it on the border and then bargain support for itself.

Sixthly, as stated above, owing to its sagging international reputation and protests China may have been trying to heat-up the regional theatre as South Asia has three nuclear powers adjacent to each other.

The flare-up may divert the attention of the West from COVID-19 led castigation of China to mediation and containment of the ‘hovering war’ in the region.

Seventhly, all roads that were leading to Beijing have started slowly drifting away amidst COVID-19 crisis.

China is trying to contain the conflagration in myriad of ways. It is endeavouring to disunite Europe by weaning away Italy on its side through its charm offensive and soft power.

It has managed the favour of disillusioned Russia under Putin. It is offensive towards Trump who is trying to be ambivalent owing to impending Presidential elections.

Thus, even in the regional theatre China is trying to suffocate India in tandem with Nepal and Pakistan, probably Sri Lanka too.

This would help China to maintain Asian continent as Unipolar, if India continues to succumb to its pressure.

Last but not the least, China is also facing tremendous tumultuous on the domestic turf.

The CCP (Chinese Communist Party) is agitated by various internal tensions, all of which are not in favour of its leader Xi Jinping.

Therefore, China may have been trying to divert attention of its own population as well, by creating a war-like situation and fire nationalistic feeling inside.

Overall war may seem imminent, but is not inevitable as neither side would be interested in exchanging fire as it would further tarnish China’s international image.

However, some of China’s geopolitical imaginations will certainly be achieved, if India succumbs.