The notion of masculinity is often associated with a dominating man who commands everyone. He is supposed to put up a tough front in the face of adversity. Any sign of an emotional outburst is labeled as a weakness with an age-old adage of ‘men don’t cry’. The general acceptance of such figures in the popular media points to the deep-rooted problem in our society where people identify with their traits.

The 1960s laid the foundation of the era of ‘Angry Young Men’ which continued till the 1990s.

It was followed by the normalization of stalking in films where a man could express his love by saying “Tu haan kar ya naa kar”.

It was also the time of family films that reinforced the gender roles of an Indian household. 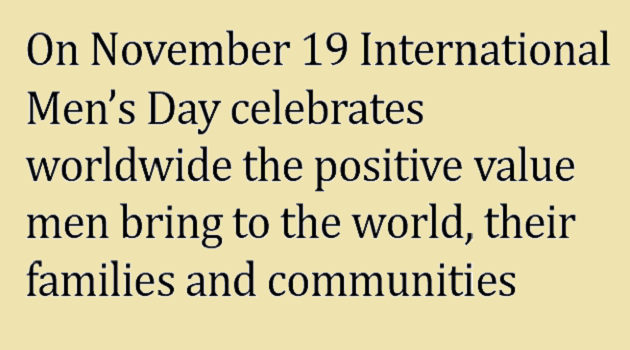 The 2000 era popularized the concept of prince charming who was a strange mix of the characters of a ‘lover’ and a ‘stalker’.

There have been attempts to stem out of the representations of toxic masculinity in the present decade.

With characters confronting their ego and taking comfort in portraying their emotions, on-screen masculinity is being redefined.

Although such characters are still not the norm, the emergence of such standards is certainly a positive step towards rethinking the concept of masculinity.

This International Men’s Day let’s celebrate such representations across the world. Here is what you can watch for an atypical portrayal of masculinity on screen.

Mard Ko Dard Nahi Hota: A film where the hero does not feel any physical pain but has learned to say ‘ouch’ when he gets physically assaulted. He may not be sensitive to any pain but his heart is not an unfeeling one. It is a comic satire on the clichéd notions of the ‘saviour hero’ and the ‘psychotic villain’.

When the Camellia Blooms: Korean dramas have emerged as exemplary mediums for reconstructing the idea of masculinity. The character of Hwang Young-sik is an unapologetic man who does not hesitate to fight for his loved ones and knows when to quit if it is not working out.

Brooklyn Nine-Nine: There is not a single male character in this American sitcom who does not break gender stereotypes. Be it the self-declared feminist Jake Peralta, connoisseur of cooking Charles Boyle, or Terry Jeffords who can do anything for yogurt and his baby girls, this show is much more than just a comedy.

Kumbalagi Nights: A film that does not rely on a singular hero but is a tale of four brothers trying to live together as a family. The characters grow by reforming themselves as they realize that the notion of manhood is not fixed and can be refashioned.

I Love You, Man: This is a film about male friendship and the bonds one develops as a grown adult man. It beautifully portrays the concepts of loneliness and solitude in men. It is an exquisite exploration of the emotional vulnerability of men.

International Men’s Day is an opportunity for people everywhere of goodwill to appreciate and celebrate the men in their lives and the contribution they make to society for the greater good of all.